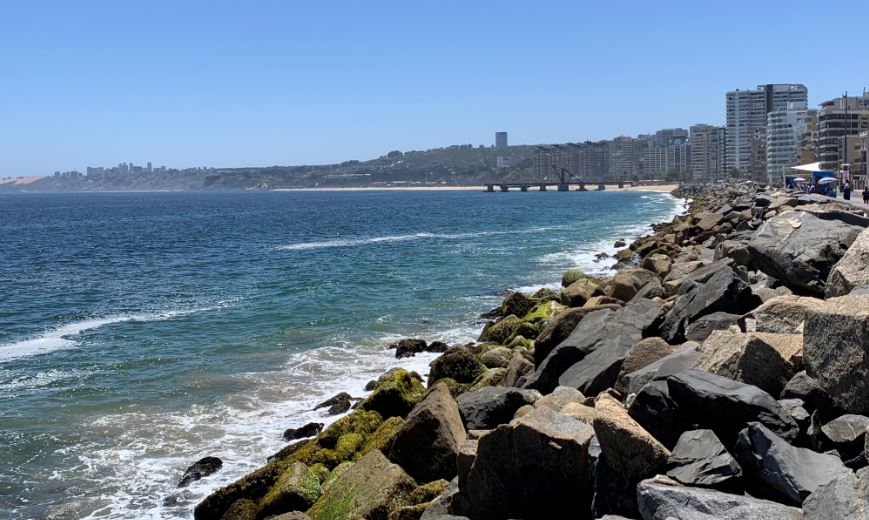 We awake the following morning feeling relaxed and mildly pleased with ourselves.  Our first day in Santiago was fun and we sorted out most of our travel arrangements to Viña del Mar, sort of.

Sitting at a small restaurant table on the 7th floor of our hotel overlooking the pretty local park Cerro Santa Lucia, we eat the breakfast offering included with our stay.  With the small portions of eggs, cheese and ham, toast with butter or jam and coffee and juice, this desyuno is a cut above what I will experience while solo traveling in hostelries and other places in the coming weeks.

The internet in our room is intermittent at best, but here in the restaurant it mostly works, so James and I are glued to our phones.  I look up and notice that no one else in the restaurant has an electronic device in hand.  The further South we go, the less you see the anxious developed-country tendency to clutch a connected device at all times.  It was refreshing and something I have definitely adopted, but this morning I needed to learn more about our trip’s destination, so I quickly download street maps with points of interest and a few “top things to do in Viña del Mar” lists.

Our feeling of self-confidence quickly fades when we realize we are running a little late, so James lobbies for us to take a ride share to the bus terminal instead of the subway to “save time”.  My son made a lot of good calls on this trip, but this one had a downside…..

We didn’t factor in Santiago’s morning rush hour traffic.  While Chile’s capital isn’t at the level of car insanity like Los Angeles or other major urban centers, there were enough cars on the road that we were cutting it close.  And, many Latin American cities are a patchwork of one way roads that further complicate commuting in heavy hours.  Our driver GPS shows the main two roads through the heart of the city are jammed, so he takes us on a long route that loops around the traffic.  Our GPS estimates that we will get there with 5 minutes to spare.  Not great when you do not know where to catch the bus.

Travel tips:  Always use the subway!  Had we done this we would have arrived stress free.

Now the upside of the rides hare decision was that our 22-ish year old driver was blasting the radio listening to some wacky morning show full of sound effects, canned recorded laughter, interruptive sidekicks, etc.  Basically, it was terrible American drive-time radio, just this broadcast was in Espanol!  The driver was laughing out loud at every joke.  It was really hilarious as he turned to James and I to tell us in complex Spanish how much he loved the show and tried to share the backstories to the jokes.  His pure happiness at listening to this audio assault was contagious and his seeming obliviousness to the fact that (other than every 20th word or so) we had no clue what the guy was saying, made the ride even more crazy and enjoyable.

We arrived at the Bus Station and within minutes of arriving we board our comfortable road cruiser bus and settle in for a pleasant 2 hour ride.  We arrive at the simple bus terminal in Vine Del Mar.  There is no info kiosk open in the terminal and the only tour operators present are hocking day trips to Santiago. Looking at my down-loaded map, there are several blocks from the bus terminal to the shore, which we believe is close to the hot spots here.  Its 11:00 am on a bright warm and sunny morning so we decide to walk toward the water.

Travel Tip: Always have at least one basic map with you, and as you see them pick up more detailed maps of the core area and where you want to go.

About half way to the beach in this more traditional city layout, we decide to make a right turn down a side street to get a main road to complete our stroll.  Here, on this nondescript calle James gets his first taste of the Latin America I’ve been exposed to for weeks.

Along this sidewalk are dozens of small storefronts and street vendors on the sidewalk selling anything you can imagine.  Homemade bread, raw chicken parts, tissues and toilet paper, watches, and of course, beer and pisco.

Pushing through the crowd there are sales transactions happening all around us.  As we emerge from this bath of humanity, we see the official municipal tourist office on the main road.

Travel Tip: When you arrive in town, visit the municipal tourist office first.

The municipal tourist advisers were great.  At our request they directed us to a street where we could get more authentic and affordable food than the fare on the main road and told us which beaches were the best.  They also reviewed the “top to do” lists and confirmed for us that some of the named attractions were real snoozers.   Distracted by hunger, we leave quickly to forage for food.  We go to the recommended street and find dozens of restaurant options and most are empty.  Then we spot one little place that is packed with locals.  It’s a deli of sorts, with empanadas and tortes, but also all kinds of hot and cold meat and vegetable concoctions.  It’s all takeout, so we elect to get some Empanadas and truffles.

Ordering wasn’t an issue.  We’d mumble the essential Spanish phrase “Me gustaria tener” (I would like to have), we’d point at something and say “Aqui” (here) and then say Uno, Dos, Tres (1,2,3).  Things were on track when our harvest was dropped into a bag, but when the no-nonsense women running the counter handed us a little receipt like paper but did not take our money, we were baffled.

What we learned that day was that in parts of Latin America, many places have multiple “counters”.  You often order at one counter and you are handed a ticket.  You then take the ticket to a pay station at a different counter and after paying and getting a receipt or stamp of some kind, you then take your proof of payment back to possibly a third pick-up counter.  In our case, when the hard-boiled women helping us sensed our confusion, they flicked their hand motioning us to go somewhere else across the store.  Before we could ask a question they had turned to help the other customers.  Now this deli is tiny, I mean smaller than your small dining room tiny.  There are 50 plus people in a space that should fit only 20, and James are I are separated pushing our way through the crowd both trying to figure out what to do.  We are looking at every sign and still we are lost. We go to every counter in the place and are told to go somewhere else “over there” to pay.  Finally a kind person fetches an English speaker and James learns that there is a booth in the center of the deli where we pay.  We had walked by this box in the middle of the mass of people multiple times, and we didn’t notice a register.   There was no sign as I recall.

Looking for an information sign, I rotate around this wooden box-like structure measuring only slightly more than 1.5 meter by 1.5 meter and about 3 meters tall, I come around the third side I see a small square whole cut in the box.  I am startled when I hear a voice say really loudly “Hola” (Hello) and I look up to see a woman standing in this box.  It was like one of those spooky carnival fortune-teller kiosk things with the dummy inside that starts to move when you put your coin in and tells you that you’ll find love or fortune (why don’t they ever tell you the truth, like you’re going to work at a job that is boring or you are about to get traveler’s diarrhea, … ?).   After getting over the surprise, I am interacting with a middle-aged woman with a huge smile who clearly was taking delight in the fact that she had just startled the shit out of this foreigner who was payment impaired.

At this point I didn’t care, there were empanadas on the other end of this transaction. Chuckling the whole time, she takes my pesos, gives me back the stamped ticket, points me to where my food can be picked up and waving to me she said, “Adios”.  She was still giggling as I walked away, and so was I.  Now James and I are back walking towards the water with our bounty.

It was a fun way to start the day, and the empanadas never made it to the beach. 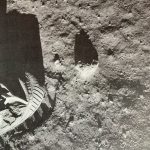 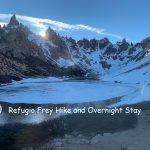 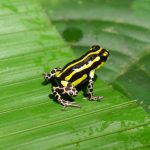 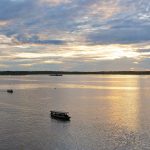